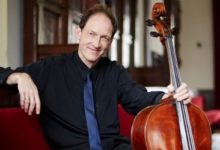 In 1985 he joined the Vanbrugh Quartet and the following year the Vanbrugh won the position of Resident Quartet to RTÉ, based in Cork. Two years later the quartet won the London International String Quartet Competition and an international career quickly followed, taking in more than 2000 concerts throughout Europe, Asia and the Americas.  Over the past 30 years the quartet has collaborated with many of the world’s great artists and has enjoyed invitations to leading festivals and concert venues. The Vanbrugh Quartet has released thirty CDs encompassing a wide range of repertoire, from the complete Beethoven quartets to many recordings of contemporary Irish quartets.

William Butt was born in London. He studied at the Royal Northern College of Music with Moray Welsh and after winning awards and scholarships such as the Royal Society of Arts, Martin Trust and first prize in the Muriel Taylor competition, he furthered his studies with Antonio Lysy in Montreal. He now enjoys a busy career as soloist, chamber musician and is Professor of cello at the Royal Irish Academy of Music in Dublin.

On the concert platform, he has performed extensively throughout Ireland, the UK, Europe and the Far East. He is a much-admired exponent of the solo repertoire, having performed and broadcast numerous works for this medium by contemporary composers, as well as the formidable solo sonatas by Kodaly and Ligeti and the suites of Bach and Britten.

In recent seasons he has appeared as soloist with the National Symphony Orchestra of Ireland, the Orchestra of St Cecilia and the Ulster Orchestra for BBC Radio 3. He has worked with conductors such as Alexander Anissimov, Gerhard Markson, Rumon Gamba, Vernon Handley and Barry Douglas.

Dublin born Aoife Nic Athlaoich enjoys a versatile musical career, equally at home playing on period instruments as performing newly commissioned works. She has collaborated with Jazz musicians and contemporary dance groups, as well as playing under the baton as such eminent conductors as Sir John Elliot Gardiner, Sir Colin Davis and Bernard Haitink as an orchestral musician. Aoife has performed with the orchestra of the Age of Enlightenment, la Serenissima, the Avison Ensemble, Irish Baroque Orchestra, Scottish Chamber Orchestra, Classical Opera Company, London Mozart Players and is a member of the Irish Chamber Orchestra and the Orchestre Révolutionnaire et Romantique

Aoife has won prizes for solo and contemporary music performance at Feis Ceoil, Dublin as well as being awarded a Belfast Classical Music Bursary in 2007 and was awarded scholarships for her studies at the Royal Irish Academy of Music and at the Royal College of Music, London.

Aoife teaches cello at the Cork School of Music. 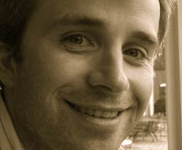 Cian was a founder member of both the Regent String Quartet and the Rothko String Trio. He is a member of the Oriel Trio (flute, viola and harp) and of the Chamber Players, a London based string sextet with whom he has recorded music by Mozart and Brahms. Concerto appearances include works by Bach, Telemann, Mozart, Bruch and Hindemith in Ireland, the UK and Spain.

Cian is a member of the Irish Chamber Orchestra, is co-principal viola with the London Mozart Players and has a busy freelance orchestral career playing regularly with the Mahler Chamber Orchestra, Britten Sinfonia, Camerata Ireland, London Symphony Orchestra, and the Orchestra of the Age of Enlightenment.

Dublin-born, violist Lucy Nolan divides her time between her work as a chamber musician and teaching. In 2006, she, with violinist Jonathan Martindale and cellist Peggy Nolan formed the Eblana String Trio, which enjoys a busy concert schedule performing in venues such as the Wigmore Hall, the Purcell Room, St John Smith Square and the Bridgewater Hall. They have been broadcast on numerous occasions on BBC Radio 3 and have recently recorded a disc of British String Trios. The members of the trio were inaugural Junior Fellows of Chamber Music at Royal Birmingham Conservatoire, are former Park Lane Young Artists and CMF Artists. Separately, Lucy has collaborated in chamber performances with artists such as Isabelle Moretti, Catrin Finch, Marcia Crayford, Moray Welsh, and Thomas Riebl.

Alongside her performing career, Lucy is passionately committed to her work as a viola and chamber music tutor. She teaches at the Royal Northern College of Music in Manchester and at Royal Birmingham Conservatoire. Lucy’s core values as a teacher derive from her belief that great artistry flourishes best within structure. She strives to equip her students with the tools, technique, information and ideas to allow them to successfully integrate into the profession. Lucy has worked as a consultant for the ABRSM and is a member of the European String Teachers Association.

Aside from her main work as a teacher and with the Eblanas, Lucy participates in a wide variety of musical projects. She has been a guest with many orchestras over the years, working with eminent conductors and performing extensively, from BBC Proms appearances to tours all over the world. She also works alongside her former teacher and mentor Louise Lansdown in curating the British Viola Society’s contributions to International Viola Congresses. Recently, Lucy has been studying jazz improvisation and has performed and recorded with artists such as Jordan Rakei, Alfa Mist, Alice Zawadzki, Stuart McCallum and Mike Walker.

Lucy is delighted to be returning to ConCorda as a tutor having attended the course throughout her younger years.

Born in East Germany, Joachim Roewer studied at the Musikhochschule Weimar with Professor Wuensch. He continued his studies at the Orchesterakademie of the Berlin Philharmonic, during which time he frequently performed with the orchestra. In 1990 he was appointed principal viola player of the international Gustav Mahler Youth Orchestra under Claudio Abbado.

In addition to his work with the Irish Chamber Orchestra, Joachim is much in demand as a freelance solo and orchestral player. He has performed with the National Symphony Orchestra of Ireland and regularly tutors the viola section of the National Youth Orchestra, with whom he undertook a nationwide tour as soloist in Harold in Italy.

A widely respected chamber musician, he has performed with Bruno Giuranna, the Vogler String Quartet and the RTE Vanbrugh Quartet. He is a founding member of the Hibernia String Trio and the Hunka Quartet.

Joachim teaches viola and chamber music at Cork School of Music and on the MA programme in Classical Strings at the Irish World Academy of Music and Dance at the University of Limerick.

As Principal Second Violin of the Irish Chamber Orchestra, chamber music is integral to Andre’s activities and has resulted in chamber concerts with Jörg Widmann, Anthony Marwood and Isabelle van Keulen; and numerous performances abroad – including the Heidelberg Spring Festival, the Würzburg Mozart Festival, the Bozar in Brussels, and the Tonhalle in Zurich.

Other recent Chamber highlights include concerts at the Kilkenny Arts Festival, and the Ryedale, City of London, Chichester and International Donau festivals. He performed in South America for the German Goethe Institut and has been broadcast on West German, Bavarian, Irish and South African Radio. As a member of the “European Music Project” he appeared in numerous theme-based all night concert-events throughout Germany. His CD recordings include a critically acclaimed live recording of Terry Riley’s legendary In C. As soloist he has appeared in South Africa, Ireland, Germany and the UK. He has guest lead Welsh National Opera and frequently plays guest Principal with Royal Northern Sinfonia, the BBC National Orchestra of Wales, the Hallé, and other UK orchestras. André teaches violin and chamber music at the Royal Welsh College of Music in Cardiff. He has directed Academos, based at the University of Limerick; and coached the Britten-Pears Orchestra and various UK university orchestras. He annually teaches on the ConCorda Chamber Music course in Ireland, and the Xenia Chamber Music course in the Italian Alps. André holds a Masters Degree from the University of Pretoria, South Africa; and a Diploma from the Hochschule für Musik in Cologne (Germany). He studied with Alan Solomon, Winfried Rademacher and Charles-André Linale; had masterclasses from Christian Altenburger, and received private tuition from Eugene Fodor and Ana Chumachenko. 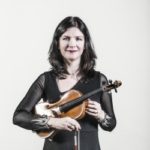 Diane has been a member of the Irish Chamber Orchestra since 1998. During this time her reputation as a freelance chamber musician has spread and she has toured extensively with orchestras including the Academy of St Martin in the Fields (America, Norway, Germany, Italy and Spain) and the European Union Chamber Orchestra (India and the Middle East).

She has been co-principal of the Orchestra of St John in London and is a founding member of the Killaloe Quartet which has performed extensively in Ireland, London and Paris. Based in County Clare, she works extensively as an animateur and workshop leader, both as a freelance educationalist and as leader of many projects for the ICO. Combining her particular skills in jazz, traditional music and improvisation Diane Daly also plays in a jazz duo and has appeared at international jazz festivals with the Brian Irvine Ensemble. 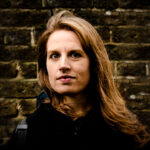 Rebecca Spencer studied music at Birmingham University. She was then accepted on to the acclaimed specialist strings PGCE course at the Royal Northern College of Music (RNCM) whilst simultaneously continuing her post-graduate viola studies with Louise Lansdown. It was during this time that Rebecca discovered Dalcroze, and found its movement-based approach to musical learning to be hugely complementary to her instrumental development. She gained a distinction for both her viola postgraduate Diploma recital and her Dalcroze certificate. Rebecca enjoys dividing her time between working as an instrumental and Dalcroze teacher, and also as a freelance viola player.

Since leaving college in 2007, Rebecca has taught weekly Dalcroze class as well as instrumental string lessons to children aged 4-18yrs on various programmes. For the past 11 years, she has taught Dalcroze at Junior RNCM and the Young Strings programme at RNCM. Rebecca also set up Manchester Young Musicians in 2008 – independent Dalcroze musicianship and instrumental classes, which really expanded and flourished over the years. Rebecca stepped down from her teaching in Manchester last year to move to Bristol to live with her wife. She started teaching Dalcroze at the Junior Royal Welsh College of Music and Drama (RWCMD) in 2019 and is very excited to be the first Dalcroze teacher in Bristol, teaching in schools, Bristol Pre-Conservatoire, and string programmes.

Rebecca has developed many strategies to integrate Dalcroze into her string pedagogy and teaching. She has been invited to teach Dalcroze on many nationally renowned string residential courses. Since 2014 Rebecca has been on the faculty for New Virtuosi, an international course for talented violinists, directed by Ani Schnarch from the Royal College of Music. Rebecca was delighted to join the faculty at ConCorda in 2019.

For the last 11 years, Rebecca has also been the viola player in the Unthanks, a contemporary folk band. They were nominated for the Mercury Music Prize in 2009, won Best Album at the BBC Folk Awards in 2016, and are the only British folk representation in The Guardian’s and Uncut’s best albums of the last decade.